Skip to content
HomeMovie ReviewsPlot, Cast, and Everything Else We Know


When the movie-going public of 2018 stepped into the multiplex to see Sorry to Bother You, it’s unlikely they knew what they were in for. Some expected Boots Riley’s debut film to be a late-night comedy peppered with broad satire about work culture and code-switching. Audiences familiar with Riley’s leftist hip-hop group, The Coup, suspected that the satire would cut deeper than the trailer let on, unearthing the institutional structures that oppress the working class … so long as Hollywood did not interfere with the messages. Whatever the expectations, Sorry to Bother You subverted them, delivering a gut-punch of dream-like visuals channeling real-world horror and resistance.

The film is funny, mind-bending, and deepa deconstruction of corporate oppression, the honey-trap of upward mobility, the intersections of class / race / performance, and the feedback loop between all of these elements, spinning nauseously in the belly of the American Capitalist State. A world so horrifying, so much bigger than us that we usually choose to get used to it – which is exactly what the state wants.

Four years after his explosive debut, Boots Riley is returning with the streaming series I’m a Virgo, an absurdist coming-of-age story about a thirteen-foot Black man in Oakland. Though the series is being released by Prime Video (a company owned by the type of figure Riley has skewered in his music, activism, and film), the Oakland-bred rapper / activist / filmmaker shows no sign of tempering his radical artistic vision or political convictions. Here’s everything we know so far about Riley’s upcoming series.

Plot: What We Know

The impact of Sorry to Bother You was largely a product of the major turns and tonal shifts its story took. At first view, the film’s idiosyncratic aesthetic and structure seem loose and chaotic. However, the film is meticulously constructed, weaponizing its surreal aesthetic and jaw-dropping twists to reflect a strange world that only gets stranger (and more sinister) when you start paying attention to how it works. All audiences knew going in was that the film was a magical realist dive into the world of telemarketing, which it wash – but that’s not exactly how one would describe it on the car ride home. There’s reason to believe that I’m a Virgo will play similar games with its audience.

To preserve the impact of his new series – described by Hollywood Reporter as “a coming of age joyride about a 13-foot-tall Black man (played by [Jharrel] Jerome) who lives in Oakland, Calif “- Boots Riley has been cagey about plot details.” I do not want to give people a sense of what to expect, “Riley said in an interview with IndieWire. “That’s my whole thing.” Though he was unwilling to discuss the story in detail, he alluded to some themes: “It deals with a group of kids at an age that, because they’re Black, […] they’re not allowed to come of age. It’s about the way the world sees him, as opposed to how he sees himself. “

Related: These Are Some Of The Best Movies About Class Consciousness

This illuminates Riley’s approach to the material: having a series focus on a thirteen-foot Black man is not merely an absurdist flight of fancy. It illustrates the way in which Black bodies are dehumanized by racist perceptions and policies, repressing the individual’s true self. Large African-American men are frequently targeted (from microaggressions to acts of murder) because of the racist caricature of the “Big Black Thug” in the American Popular Consciousness that is projected onto them. Riley hyperbolizes this social paradigm by making his protagonist a literal giant.

We also know that the show will be bound by a story with an ending. In the IndieWire interview, Boots Riley lamented the manipulative tactics used by TV shows to keep audiences coming back week after week indefinitely. Though not a limited series, Riley insists that the story will end and focus more on engaging the audience and making them feel something than luring them back to keep the ratings up.

Riley’s fans find themselves in a similar position to the lead-up before Sorry to Bother You: we have a basic idea of I’m a Virgo‘s premise and can extrapolate potential thematic ideas. But the ultimate shape of the show remains uncertain.

Cast and Crew: What We Know 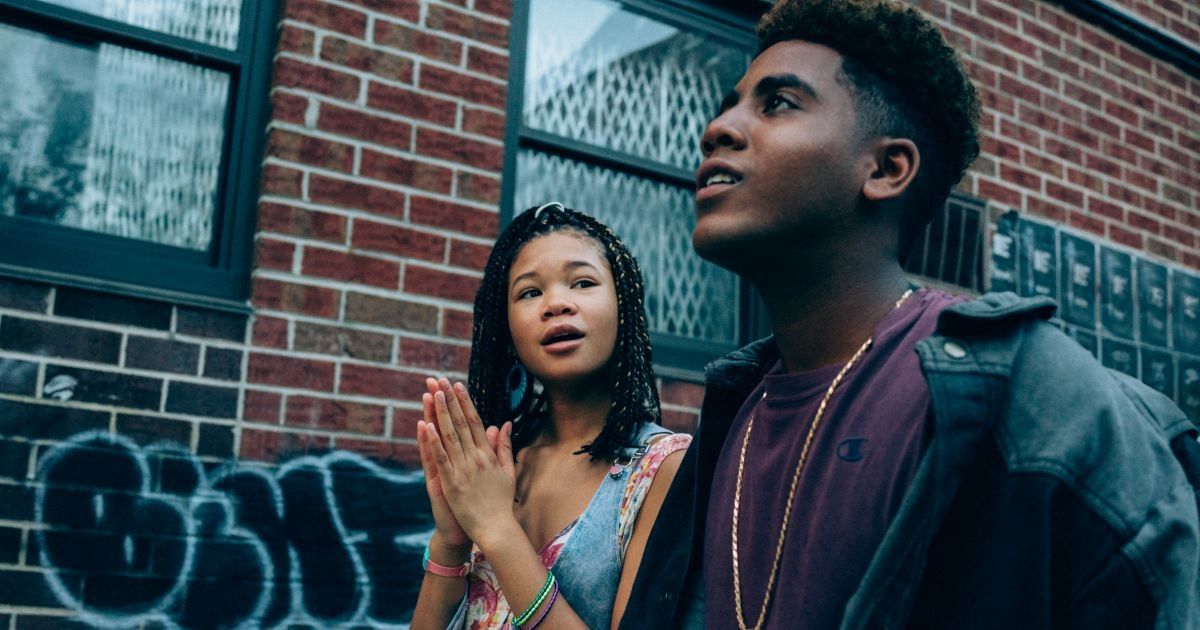 The casting of Jerome could indicate a dramatic, emotional core to the show – or simply that the young thespian has a knack for comedy. Most likely, it indicates both. The performances in Sorry to Bother You straddled the line between sketch comedy and nuanced drama – look no further than Steven Yeun’s character Squeeze, who verbalizes many of the film’s most cutting ideas about class and labor … but also reveals embarrassing information about past intimate encounters while speaking at a rally. In order to fit into the universe Boots Riley creates, actors have to be equally adept at absurd non-sequiturs and heavy emotion.

Executive producers include Michael Ellenburg, Tze Chun, Jharrel Jerome, and Riley. The rest of the cast and crew has been kept under wraps. We do not yet know if Sorry to Bother You Cinematographer Doug Emmett or production designer Jason Kisvarday will be returning to offer another injection of vibrant colors, trippy camera maneuvers, and environments with minds of their own. With only one film under his belt, it’s tough to tell if those elements of Riley’s debut are paramount to his style or specific to that movie’s world, nor to what extent they were informed by his collaborators’ traits. It’s possible that I’m a Virgo will embrace a different aesthetic entirely (even if Riley’s prior collaborators return), though one equally informed by absurd dark comedy and twisted whimsy.

Release: What We Know 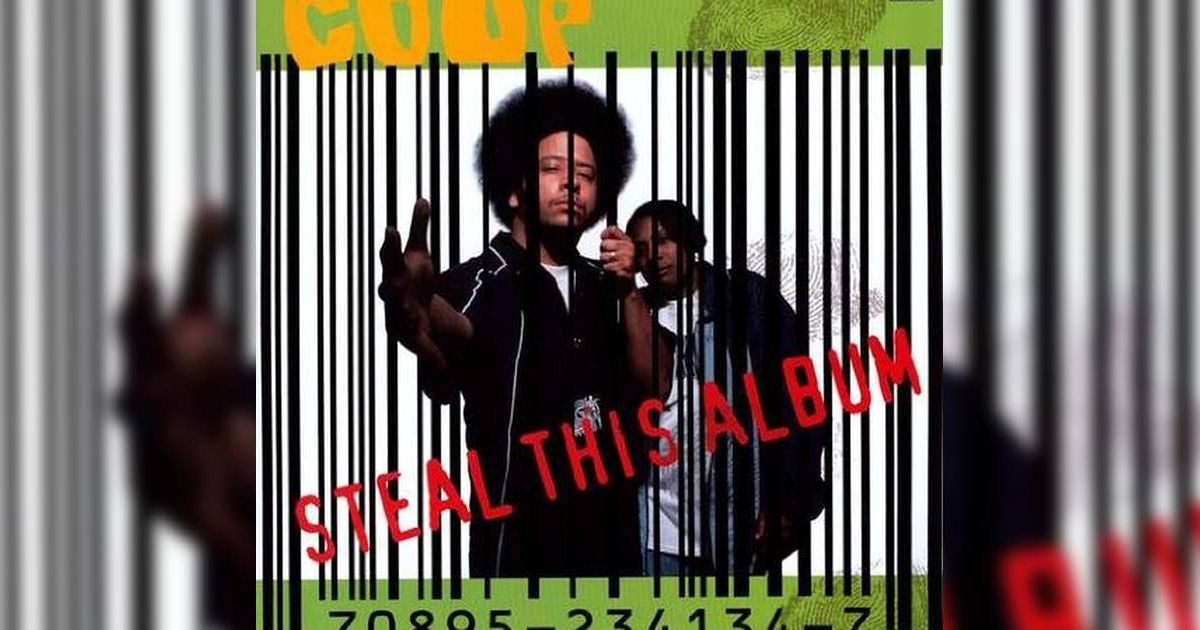 No release date has been announced for the series. In an Instagram post in February, Boots Riley mentioned that the show is filming, so we can expect a release either this year or next.

The show was picked up by Amazon and will be distributed on Prime Video, which might seem like a strange choice: Riley’s entire aesthetic and ideology go against that of the film studio’s parent corporation. A very clear line can be drawn between the Worry Free Corporation in Sorry to Bother You and Amazon and the fictional Steve Lift and the real world Jeff Bezos.

This tension between Boots Riley’s art (which embraces a labor-centric communist ideology) and the means of producing / distributing that art (which, like most widely circulated art in America, relies on a capitalist methodology) is one that any major artist with political convictions faces and Riley has explored it throughout his career. The Coup even released an album titled Steal this Album. One of the most thrilling aspects about seeing Sorry to Bother You in a multiplex was the Trojan Horse element: walking into a corporate movie house that almost exclusively exhibits IP franchise films and seeing a film with a truly radical ideology, but it also felt a little strange to give money to a corporation to experience an anti- corporate story.

Perhaps working with Amazon is hypocritical – but it can be argued that Riley uses the markets and methods of the entertainment industry as a means of widely distributing political ideas wrapped in entertainment and spectacle. In this view, he plays the system, manipulating it to send out a message that challenges it. In any case, the filmmaker seems excited to be working with the company: he is quoted in the Hollywood reporter as saying:

“I’m thrilled to be working with Amazon on this project. This show will either have me lauded or banned, and as such, I have demanded payment upfront.”

Sonny Newman is a writer, composer, independent filmmaker and Elaine May enthusiast based in Los Angeles. Interested in odd-balls, whack-jobs, the avant-garde, and queer chaos, Newman can be found haunting most any revival theater in LA, harping endlessly on the semi-forgotten legacy of Maya Deren.